Five Gods are worshipped at this shrine;

More than 350 years ago there already existed a shrine in the valley south of Hijiyama hill.  This shrine was moved to its present site in 1646; i.e. to the west side of the hill.  A God was recognised as guardian of that particular locality.  In 1868, after the separation of Buddhism and Shinto, the name of the shrine was changed to Hijiyama Jinja (=Shrine), and following that, the front shrine was reconstructed in 1871.  In 1945 all the buildings and surrounding country side were destroyed by the atomic bomb but only 9 years later as a result of strong public pressure, the shrine was completely rebuilt.

Ookuni-nushi, one of the Gods of this shrine, is especially known for the happy marriage.  In Hiroshima, many of the couples who wished to have their wedding ceremony at a traditional shrine come to here, not only Japanese but also international couples for the blessing of Ookuni-nushi. 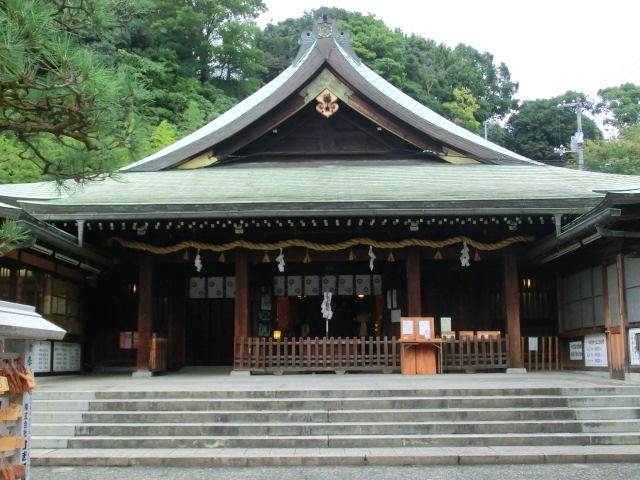